This is the perfect time of the year to take a scooter ride, and what’s taking a scooter ride if you don’t pull over to the side of the road and capture some of the beautiful, yet scary scenes. I hope you enjoy some photos from my latest ride. Cheers, JJ 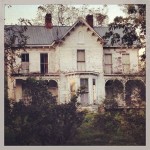 It’s always awesome to know that someone that purchased your artwork truly does enjoy it. Just makes it all worth it. This is some of my artwork shared by a proud customer. 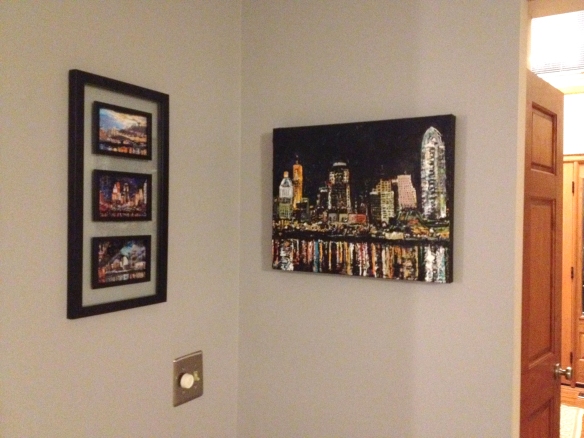 Fine art captured in a home by a happy customer.

Art getting hung on the walls of Valley Wine and Spirits in the Edgewood and Ft. Wright locations. 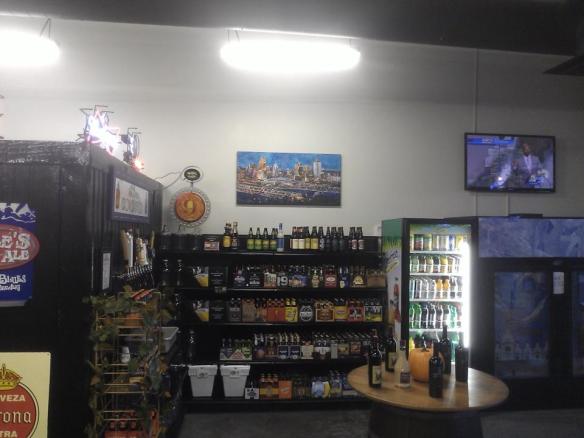 Walked out on my patio this morning to find this beautiful Orb Weaver crafting it’s web. What a work of art. 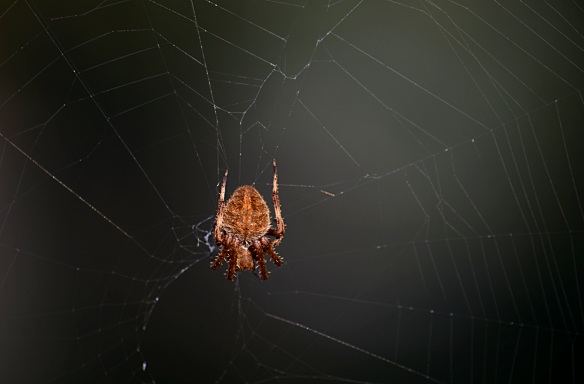 Just finished this painting for Michelle’s friends wedding this weekend on Saturday, July 27, 2013 Hand painting type is a lot harder than I ever remember from my college years, but had a blast rocking it again.

Taking the photo in the Stuio at Seed Strategy, Inc.

another detail capture of Beautiful Blonde in Union, Kentucky | 24″ x 20″ acrylic on canvas

Here’s another painting to add to my equestrian inspired series titled, Beautiful Blonde in Union, Kentucky | 24″ x 20″ acrylic on canvas by Jeff Johns

If interested in a commission piece or something similar call today. 859.630.9657 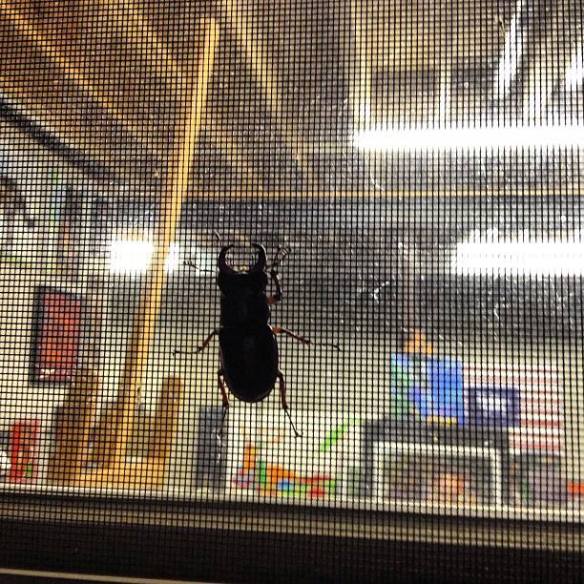 Look at this big beetle, just chilling on the screen looking at all the art. I bet he’s a painter himself.

There was a Stag Beetle at my studio last night, I didn’t know what it was at first, but after taking photos of it with my iPhone and sharing it through social media, people identified it as a Stag Beetle, and sure enough they were right.

This particular beetle appears to be a common male Stag Beetle, also called a “Pinching Bug,” which is one of the largest beetles found in Kentucky. This not so little guy was every bit of 60mm in length. Glad he was able to swing by the studio last night and check out some work. Hope to see him again soon.

This was a 30″ x 40″ Acrylic on Canvas. The gallery wants another hibiscus painting now. I’m pretty stoked!!